The DI’s group of football experts have selected five of this week’s best matchups. Game picks and records are released each week. 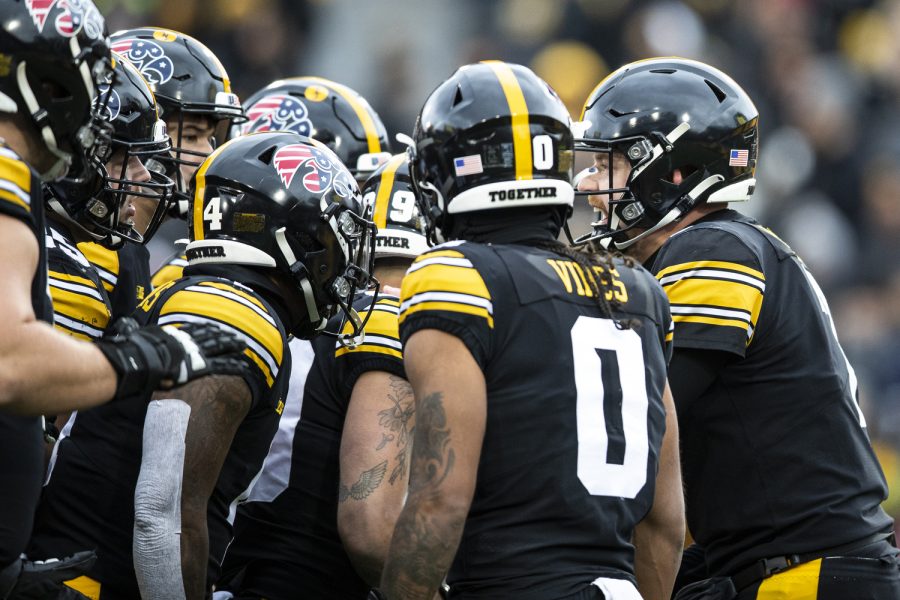 Iowa quarterback Spencer Petras commands the huddle during a football game between Iowa and Wisconsin at Kinnick Stadium on Saturday, November 12, 2022. Petras threw for 94 yards. The Hawkeyes defeated the Badgers 24-10.

Austin Hanson, Pregame Editor (23-22): Iowa – This is for my dear friend Kevin Hanson. Falcons are back.

Michael Merrick, DITV Sports Director (31-14): Iowa – I told you all that Iowa is taking over the west.

Hanson: Oregon – Ducks are not back.

Goffin: Oregon – Waiting all day after dark for Pac-12.

bean camp: Oregon – Ducks are the kings of the NILE.

Brummon: Utah – Utes is suddenly back in the Pac-12 hunt.

Hanson: State of Iowa – Maybe the Cyclones can have a dekkerissaince.

bean camp: Iowa State – The Cyclones have to win one at some point.

Brummon: Iowa State — Cyclones need a big upset next week to qualify for the Bowl.

Hanson: Oklahoma State – *Voiced by Stephen A. Smith* What about the cowboys?

Peterson: Oklahoma – I blame the SEC for ruining chaos.

Werner: Oklahoma – The state of Oklahoma is in shambles.

Goffin: Oklahoma – Bedlam is one of my favorite rivalry names.

bean camp: Oklahoma – A lot of disappointment on this field.

Brummon: Oklahoma State – This feels like a game between Iowa and Iowa State.

Hanson: Montana – I wanted to pick all FCS games this week, but some members of this panel didn’t support that idea.

Peterson: Montana – They tell me this game is called ~Brawl of the Wild~

Werner: State of Montana – My cousin was here. Call Emery.

Note: Montana – Grizzles destroy bobcats every day of the week.

Brummon: State of Montana – Everything I know about Montana comes from Yellowstone.