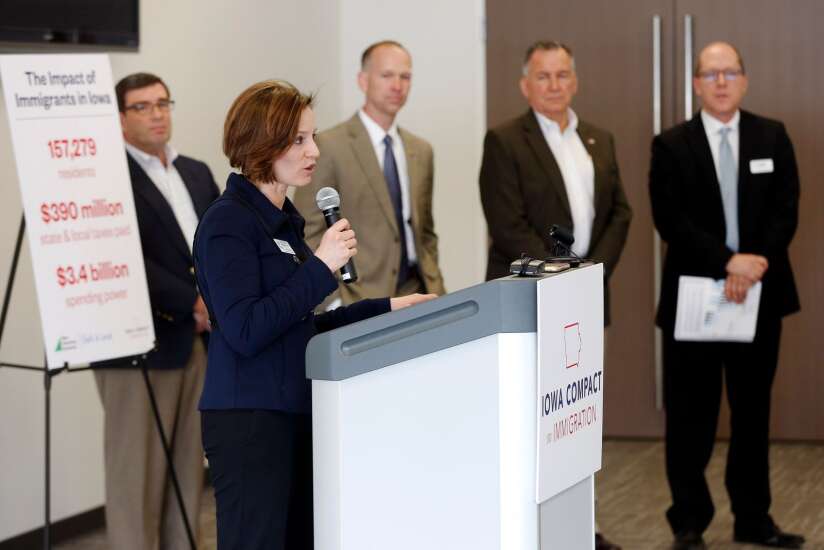 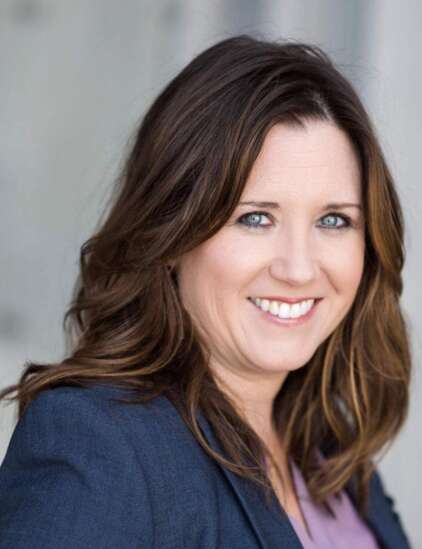 Kim Casko, President and CEO of the Iowa City Business Partnership, speaks at the launch of the 2019 Iowa Compact on Immigration in Cedar Rapids. (The Gazette)

The leaders of the two groups announced the recommendation last month.

In the coming months, the two groups will work on transition and design plans for the new entity, including what the merged organization will look like, be named and be governed.

Kim Casko, president and CEO of Iowa City Area Business Partnership, said in an email to members that the two organizations have expanded their partnership over the years by working from the same location during the COVID-19 pandemic and have worked together.

“Our employees and board believe this merger places us in the best position to serve you and create a thriving business community in the Iowa City area,” Casko said in the email.

A merger has been considered before, but now is the right time, Casko said in an announcement video with ICAD President Kate Moreland.

Casko said the merger will give companies access to resources from both groups, a unified voice for Iowa City’s business community and greater impact in addressing diverse challenges.

The combined organization will continue to work with Think Iowa City and the Iowa City Downtown District on the Better Together 2030 initiative.

“The main goal is to make a bigger impact together,” Moreland said. “Our collaboration over the last two years has shown what is possible and this is the next logical step in this partnership.”

Moreland announced last month that she was stepping down as President of ICAD. Moreland will begin in January as a part-time consultant for the Better Together 2030 vision work.

“In my new advisory role, I look forward to working with Kim Casko and Tom Banta to ensure the merger allows us to build on the strengths of both organizations,” Moreland said.

“We believe we can build greater capacity to support our business community and expand our economic development efforts.”

Both bodies will vote on the organization’s design, plan and structure, which is expected to happen in May, Moreland said.

A job description for a CEO role of the new organization is created. The boards will decide how to fill this role and it is not anticipated that the role would go to Casko or Banta, according to the organizations.

The regular events and programs of both groups will remain the same for most of 2023, according to the organizations.

The announcement video and answers to frequently asked questions can be found online at iowacityarea.com/merger. There is also a form on the site for submitting questions and providing feedback.