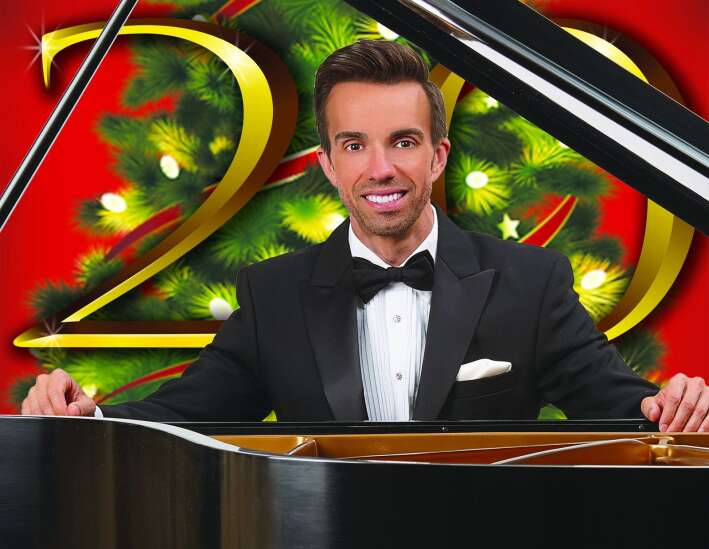 Andy Williams and Bob Hope’s 1970s Christmas specials had an indelible impact on pianist Jim McDonough. Growing up in Monticello, he was fascinated when he witnessed the traditional Christmas carols.

“It was a golden era of holiday entertainment,” McDonough said over the phone from his Cedar Rapids office. “I’ve never forgotten how I felt when I saw this holiday magic. It was inspiring.”

McDonough, now 48, is doing his best to recreate what he experienced as a child by embarking on a seven-city Christmas tour between November 25 and December 11 for a series of singers and dancers.

McDonough is staging an elaborate production for his 20th anniversary tour, but it will focus on the music. Classics such as “Silent Night”, “What Child Is This”, “Have Yourself a Merry Little Christmas”, “Winter Wonderland” and “Joy to the World” are delivered.

“I focused on the arrangements, which are spectacular,” he said. “It’s about the songs, but you’re also going to get a show. The show is big – but it will also be intimate. I play the piano in my living room and invite an audience to witness it. This show is nostalgic. It takes people back to a certain time.”

Christmas is an unusual time as music fans of all ages listen to the same style of music.

“It’s so true — and when else will a grandfather and grandson enjoy the same material,” McDonough said. “It only happens at Christmas, it’s such a special time of the year.”

McDonough began playing the piano at the age of 7 and graduated from Wartburg College in Waverly with a degree in education and piano playing.

“When I was a student, it was all about music for me,” he says.

However, the pragmatic musician secured a steady and lucrative job as an air traffic controller after college.

“This job lives up to its reputation,” he said. “It really is one of the most stressful jobs you can have. I tried because I was trying to find my way.”

In 2002 he decided to focus on music and has never looked back.

“It all worked out for me because Iowans recognize and encourage and nurture the talents of young people. Cedar Rapids was one of the first cities to embrace me. I’ve lived in Chicago and the Phoenix area, but there’s no place like Cedar Rapids. It used to be believed that living in Iowa would be a burden for a musician. I have proven that is not true.”

McDonough owes a debt of gratitude to his Iowa educators from elementary school through college.

International Steinway artist Jim McDonough brings the sights and sounds of past Christmas variety shows into the holiday season with a seven-city tour of Iowa. (Courtesy of Jim McDonough Productions)