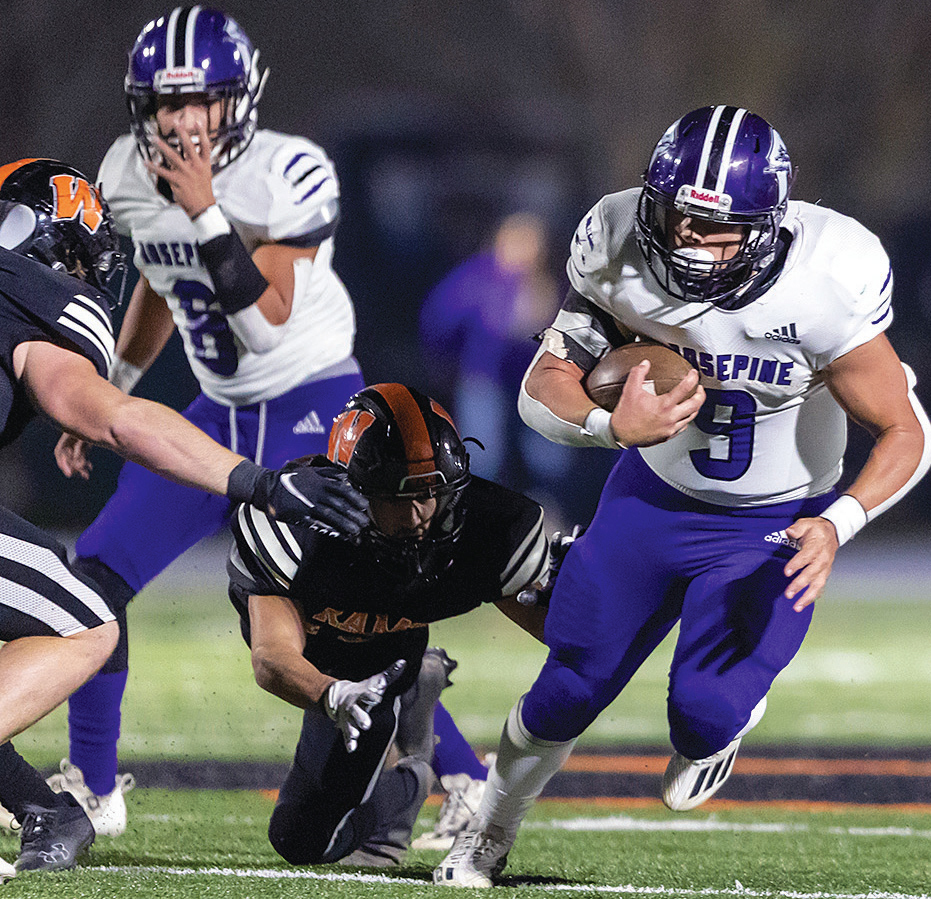 IOWA — Top-seeded Iowa clinched a 17-14 non-picked Division II win over No. 17 Abbeville on Friday, earning a chance to avenge their only loss of the regular season next week.

Iowa has won eight straight games since losing to the Wampus Cats. None was harder than the last.

Abbeville was leading 14-7 in the final minute of the third quarter until Iowa tight end Luke Guillory took a screen pass from quarterback Cole Corbello 51 yards down the left touchline to put the Jackets ahead.

Abbeville threatened to retake the lead, driving to the Iowa 26 before turning the ball over with an incomplete pass at 8:37 into the game.

The Wildcats never saw the ball again. Iowa milked the clock with a 15-play drive. Jonathan Walker kept it alive with a 13-yard reception in midfield. Ronald Young ran for a first down on three third down plays on the drive and Abbeville committed a pass interference penalty in third and 14th place at their 42-yard line. Young, who finished for 106 yards on 21 carries, sealed the win with an 18-yard run in third and sixth place with 52 seconds left.

“Abbeville is extremely well trained and they play hard,” he said.

“We didn’t play our best game defensively. We lined up wrong a couple of times and they made us pay. Halfway through we told the kids that our execution was the problem. It was better in the second half.”

The teams traded points in the first half, with Iowa hitting a 5-yard touchdown run from Young and a 42-yard field goal from Matthew Vest.

“He’s been hitting them from 42, 43 in practice for the past few weeks so we felt good to give him a shot from that distance,” Johns said.

Abbeville answered both times and took a 14-10 lead at halftime. Tahj Jones threw a 13-yard touchdown pass to Derrian Washington and Tresean Greene hit on a four-yard run. He led Abbeville with 111 rushing yards.

Abbeville defender Broderic Fletcher intercepted two passes in the first half, both in Abbeville’s red zone.