Cyclones give the game against high-scoring state Michigan on Friday 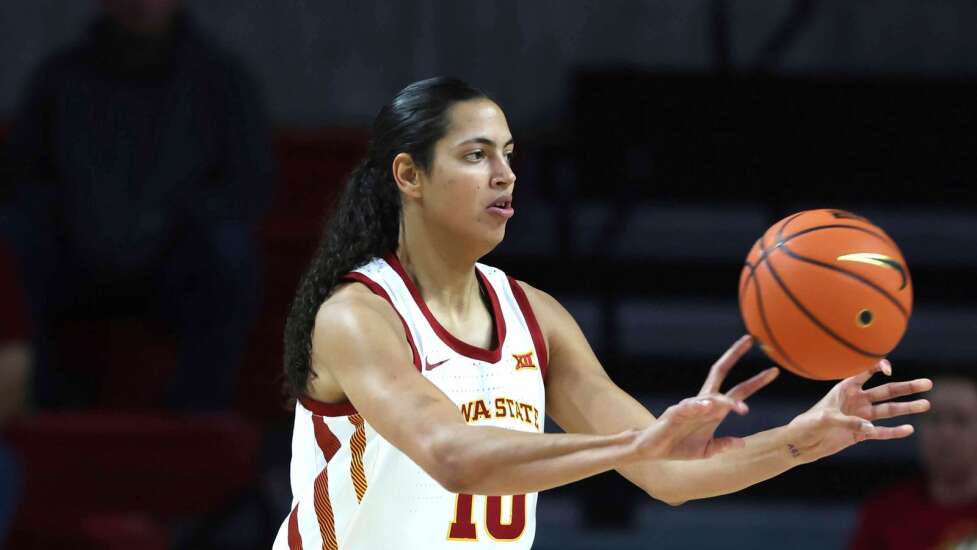 Iowa senior Stephanie Soares has given the Cyclones something they haven’t had in the past, a “big guy” who can score from anywhere. (Associated Press/Justin Hayworth)

AMES – You could have chosen fun in the sun. beaches and basketball.

A Thanksgiving tournament somewhere in the tropics, where the games still matter but feels more like a vacation than a proving ground.

Iowa State Women’s Basketball said “no” to all of this.

So begins a challenging but welcome two-game run for fifth-place ISU against scoring Michigan State in Portland, Ore at 4:30 p.m. Thursday at the Phil Knight Invitational.

Win or lose, the Cyclones (4-0) face either eighth-ranked North Carolina or 18th-ranked Oregon on Sunday. They’re also growing stronger, smarter and better prepared from a Dec. 7 meeting with No. 9 Iowa emerge, a grueling 18-game Big 12 list, and what they hope will be a profound NCAA tournament in March.

The ISU will start quickly, hoping to keep up with a Spartans team (6-0) tied for fifth nationally on an even 91 points per game.

The Cyclones are the 13th-highest scoring team in women’s basketball at 88.3 points per game — and beating one or more of the Big Three doesn’t necessarily guarantee a positive result.

“I think when people scout us, they’re going to look and say, ‘Okay, how are you guarding her?'” Fennelly said.

That’s because 6-foot-6 senior Stephanie Soares gives ISU something she’s never had before: A tall player who can score from both perimeter and color.

“She’s done a fantastic job so far,” said Joens, who as usual leads the Cyclones in points (25.5) and rebounds (11.0). “Obviously getting the ball down low and scoring. She gets rebounds and then slams shots from the outside. So having them in there really helps with our defense; kinda adds that length and spreads the ground on offense too.

Soares averages 15.3 points and 7.5 rebounds in 22.3 minutes per game. She shoots 44.4 percent (4 to 9) from 3-point range and has 10 shots saved. She truly is one of the most unique bigs in the country — and she’s still in the transition from NAIA-level player to shine for a top-five power-five program.

“The amount of work this kid puts in — I’m not going to say she works harder than anyone on our team, but she’s on the list,” Fennelly said. “She’s there 40 minutes before practice. She’s working on her shot. She works with the staff on ball-handling and catching drills.

“So she’s invested and I think she appreciates the opportunity that she has here and knows it’s a once in a lifetime opportunity.”